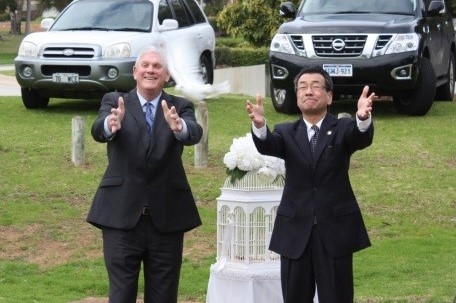 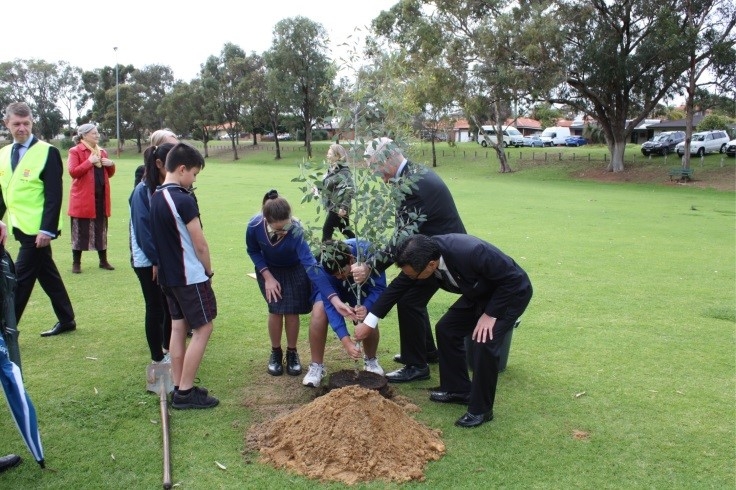 Consul-General Hirayama, while expressing his gratitude for this initiative of Cockburn, emphasized that Japan, in cooperation with other countries, would endeavor to create a world free of nuclear weapons, and that it is important that the younger generations understand the importance of peace.

Following the ceremony, the participants returned to the city council, where primary school students tried their hand at making origami cranes, and a reading of “Story of the Peace Crane” was held which tells the story of Sadako Sasaki. 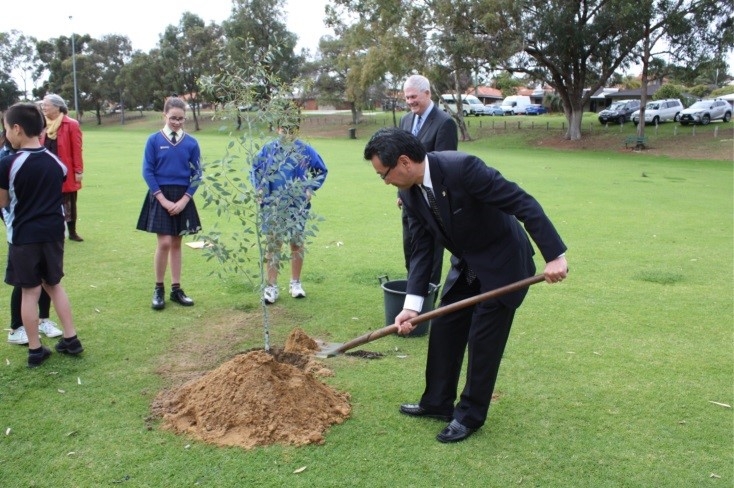 The Mayor, Consul-General and students planting a tree 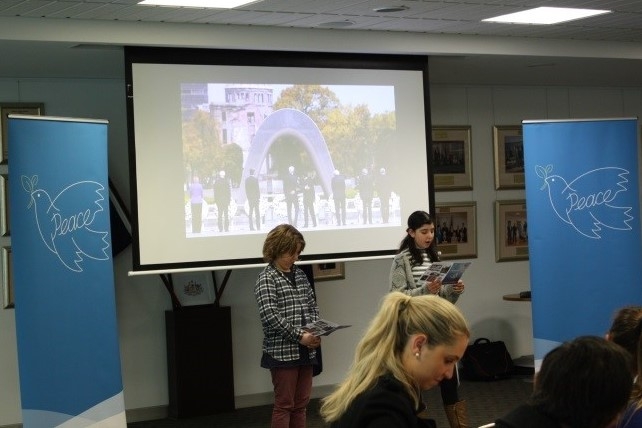