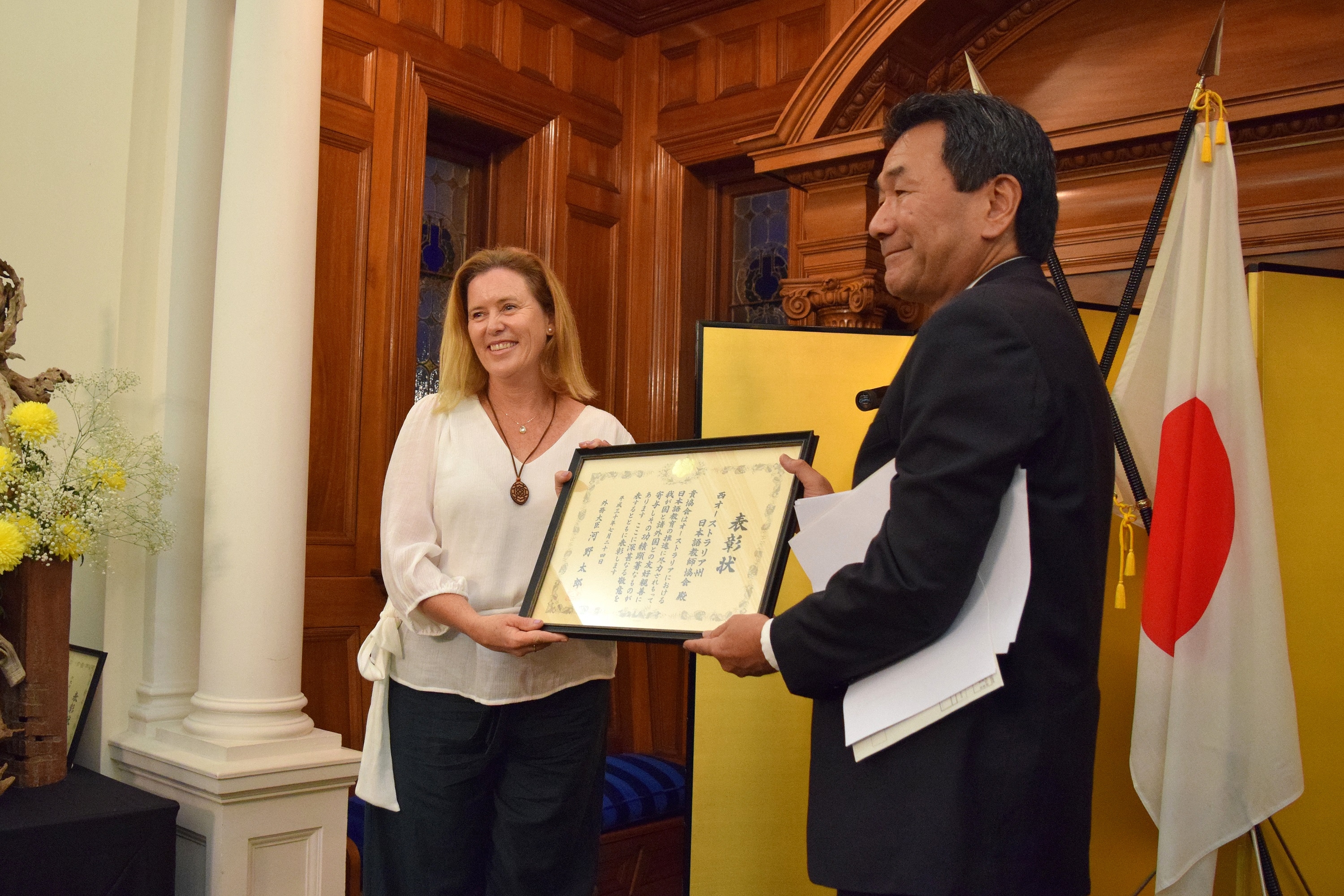 On October 11, a reception was held at Consul-General Hirayama’s Official Residence to present the 2018 Foreign Minister’s Commendations to the Western Australian recipients, and to bid him farewell. It was attended by approximately 260 people, including the Hon. Mark McGowan MLA, Premier of Western Australia, the Hon. Dr Mike Nahan MLA, Leader of the Opposition, the Hon. Paul Papalia MLA, Minister for Tourism; Racing and Gaming; Small Business; Defence Issues; Citizenship and Multicultural Interests, the Hon. Bill Johnston MLA, Minister for Mines and Petroleum; Commerce and Industrial Relations; Electoral Affairs; Asian Engagement, Mr Dean Nalder MLA, Shadow Treasurer ; Shadow Minister for Finance; Energy, Mr Kyran O'Donnell MLA, Shadow Minister for Aboriginal Affairs, and Mr Antonio Krsticevic MLA, Shadow Minister for Local Government; Heritage; Culture and the Arts; Citizenship and Multicultural Interests.
Consul-General Hirayama began the evening by introducing the achievements of the four Western Australian Foreign Minister’s Commendation recipients listed below, before presenting them with the Commendations. This was followed by brief acceptance speeches by or on behalf of the recipients. The Consul-General then made a farewell speech, in which he spoke of the many things he had learned during his two years in Perth, of the opportunities he had to meet many people, and of the fact that he was able to see the importance of the relationship between WA and Japan first-hand. Premier McGowan, and the Leader of the Opposition, Dr Nahan, both congratulated the Consul-General on his time in Perth, while touching on the significance of the Australia-Japan relationship. 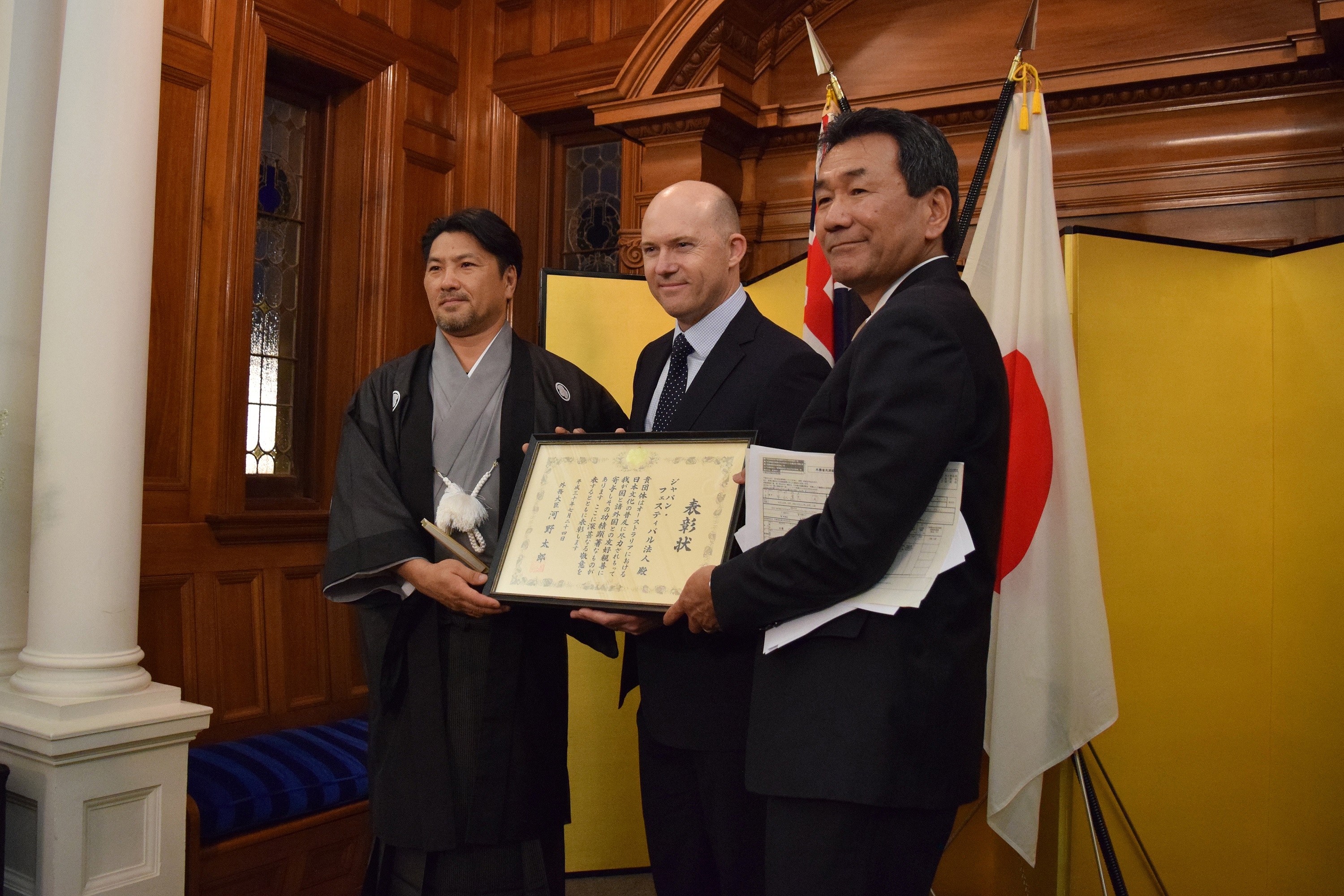 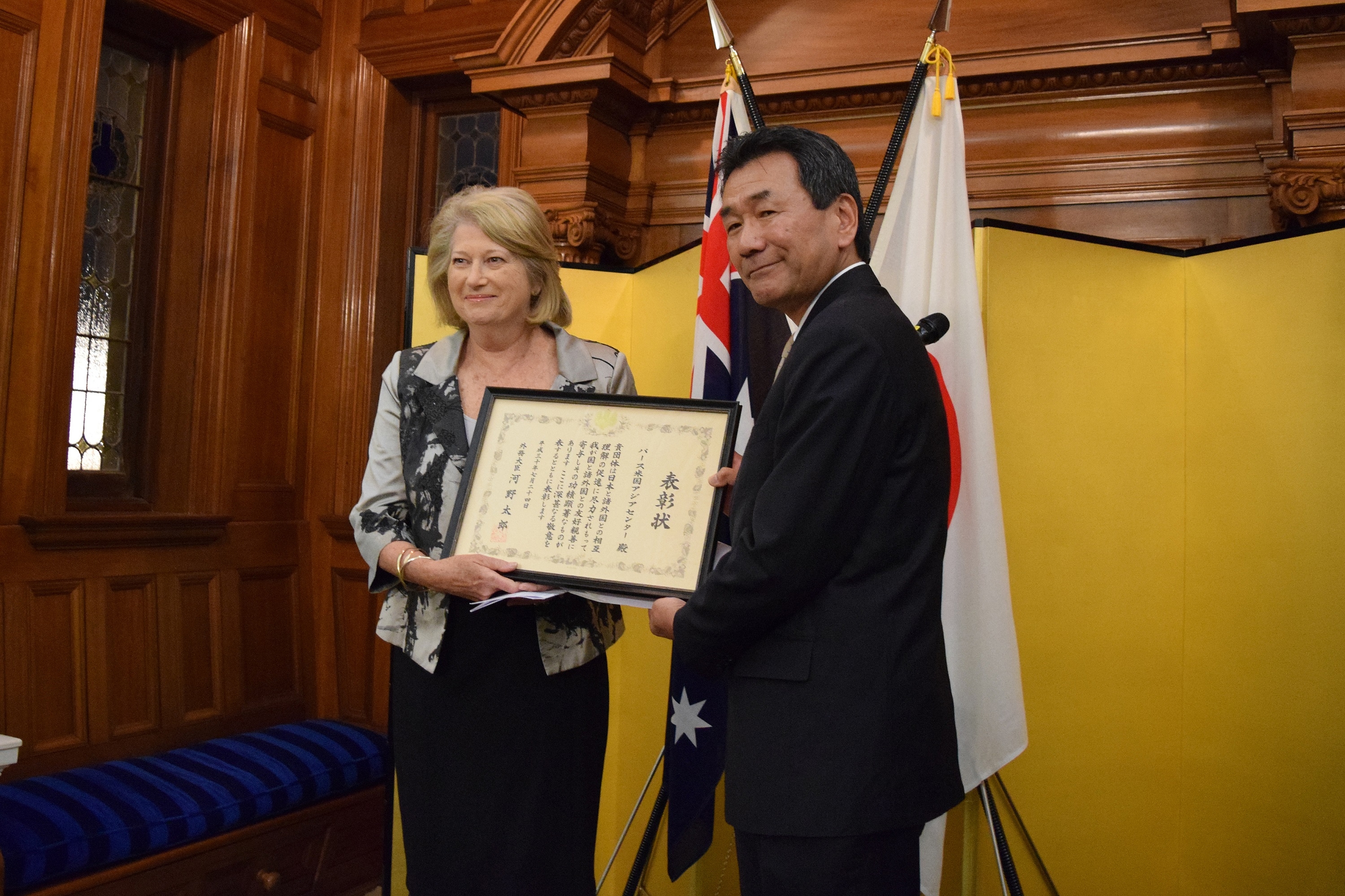 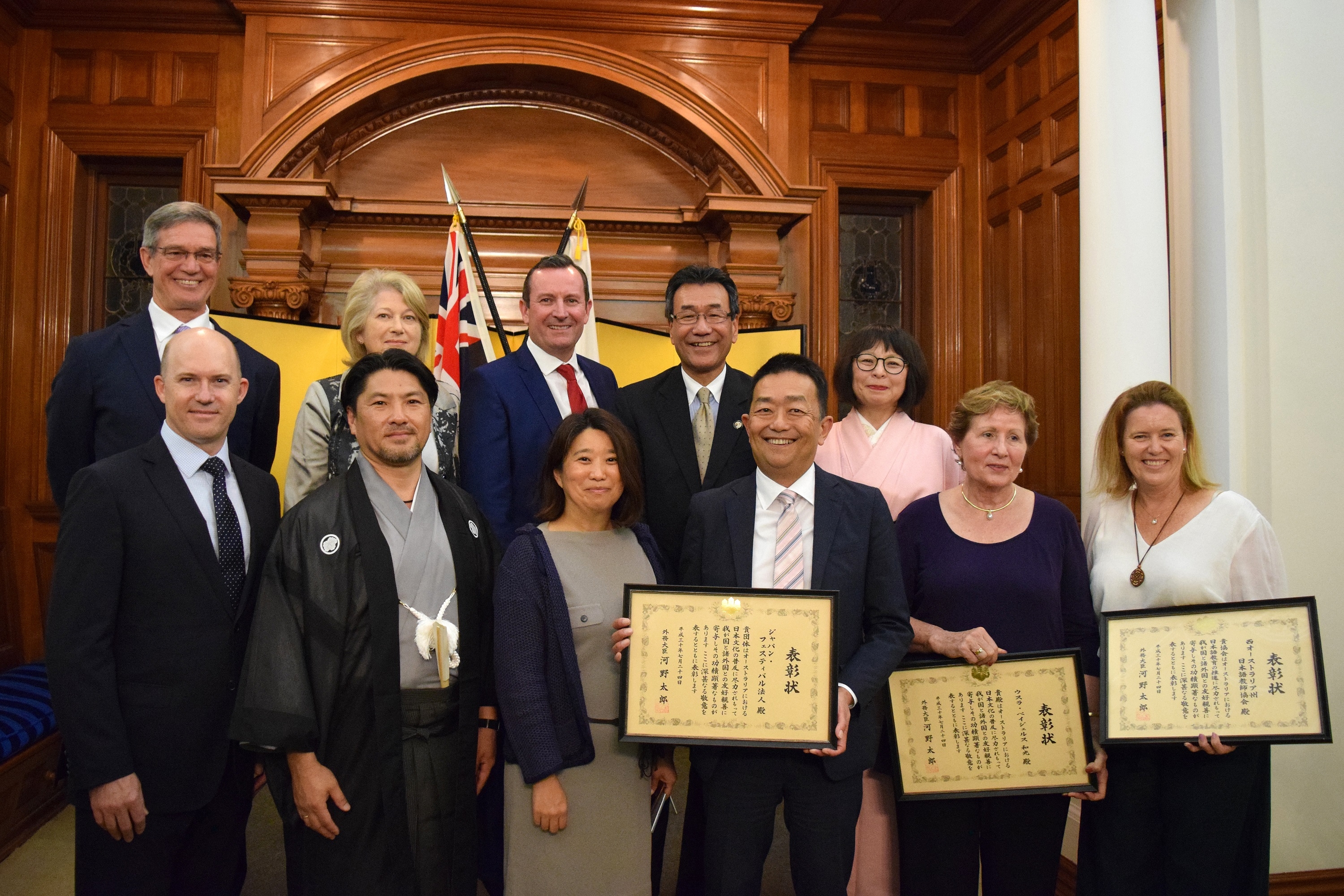